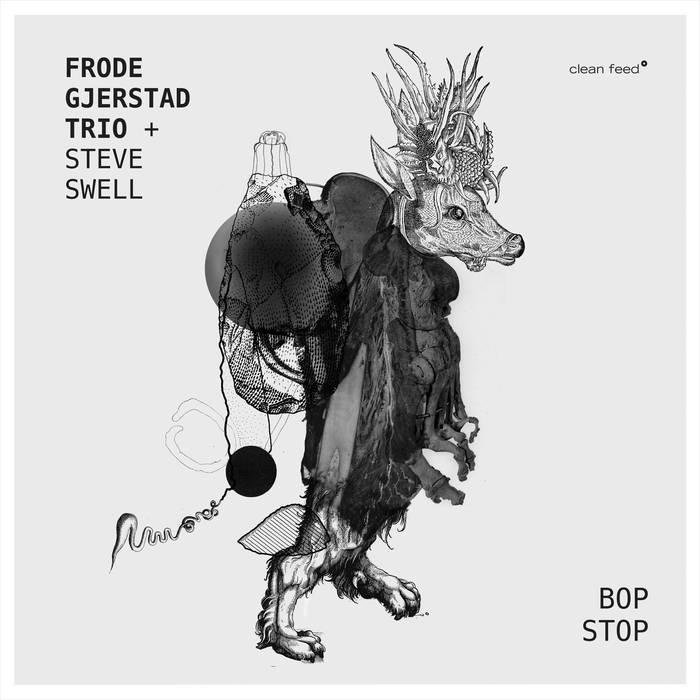 Frode Gjerstad’s name can be legendary in Norway and all the European continent, due to the fact that he was practically the only one to contrast himself, from the beginning, to the saxophone style which defined the Scandinavian approach to jazz for 40 years, the one defined by Jan Garbarek, but his trio with Jon Rune Strom and Paal Nilssen-Love is relatively new on the scene. It started in 2011 and there’s only another recording with trombonist Steve Swell as special guest, “At Constellation”, from 2015. Of course, there were some previous cumplicities between these musicians: Nilssen-Love was a member of Gjerstad’s Circulasione Totale Orchestra since 1992 and the alto saxophonist and clarinetist played with Swell in several occasions, mostly when visiting the United States. Musically, the quartet proposes a very particular kind of free improvised music with strong connections to the free jazz tradition, reinforced by the participation of the American who collaborated with the likes of Cecil Taylor, Bill Dixon and Anthony Braxton. The energy level is very high, but the delivery isn’t always on the red: lots of dynamics and sudden contrasts keep the group interactions interesting and unpredictable. Frode Gjerstad’s approach to improvisation is distinctive in itself: he’s a melodic player, even if asymetrical, and he prefers the “old school” jazz phrasing to «reed-fueled bric-a-brac», as a music critic once wrote, managing to present it as if it’s a novelty.