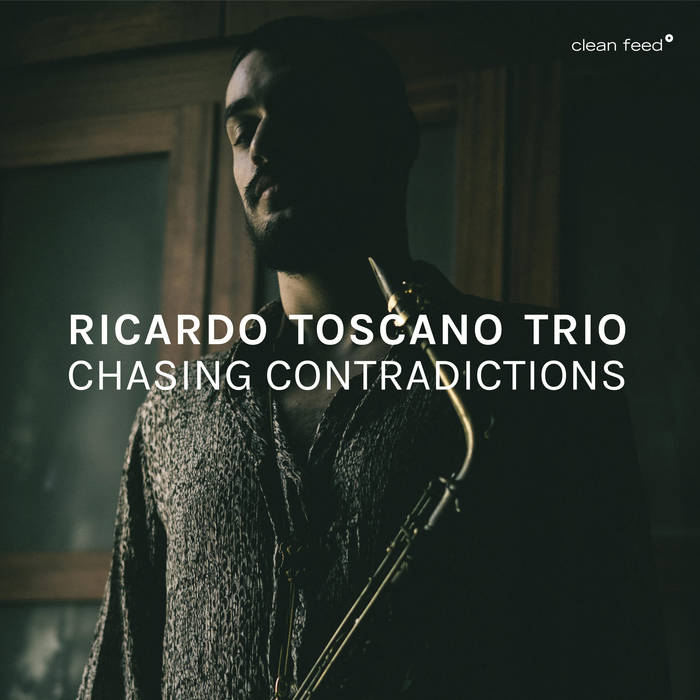 In Jazz music, each artist should be profoundly personal and vitally collective at the same time. For this reason, a saxophone, bass, and drum trio is a machine as demanding as it is fascinating. The absence of the piano “glue” makes the musicians look for solutions to this odd game. On one extreme we have a pure section on rhythm releasing all melodic work to the saxophone, on the other hand we can find bass and drums being able “singing” against their natural role. Between the two there are myriads of possibilities.

Saxophone ace Ricardo Toscano became famous at a very young age for his sparkling way of playing. He seemed too young for so much skill and confidence and quickly integrated into the Portuguese national jazz scene, becoming in demand in the most different contexts (inside and outside jazz, for example with fado singer Camané). Despite all the surrounding praise, the musician only released his first album at the age of 25 when he considered that the conditions were created for it to be special.

The “Ricardo Toscano quartet feat. João Pedro Coelho, Romeu Tristão and João Lopes Pereira” came out in 2018 (CF503CD). When we talk about Ricardo Toscano we are also talking about a small group of the same generation, who grew up musically together and who also distinguished themselves in their respective instruments. Toscano and Pereira (29 and 28 years old respectively) have been playing together since they were 15/14. They spent half their lives talking saxophone and drumming with each other.

The trio is a format that Toscano explores as much as the quartet. As the tunes he wrote for four don't work the same way with one less, he decided to explore the more open space that favors a greater number of unforeseen events. So, after having found a different intention and repertoire, it is not surprising that he chose to record as a trio. For this reason, this record is a new angle on the saxophonist's music, with the usual partners not being usual: Romeu Tristão on double bass and João Lopes Pereira on drums help to produce this unprecedented perspective on the saxophonist (and composer), but also about themselves. “I've always liked the sound [of a trio and] its consequences (automatically take us to other places and other universes)” says Ricardo Toscano. And that is precisely what we are looking for in a new album by one of the most representative musicians of his generation in Portugal. Music for the twenty-first century that doesn't ignore that of the previous century.