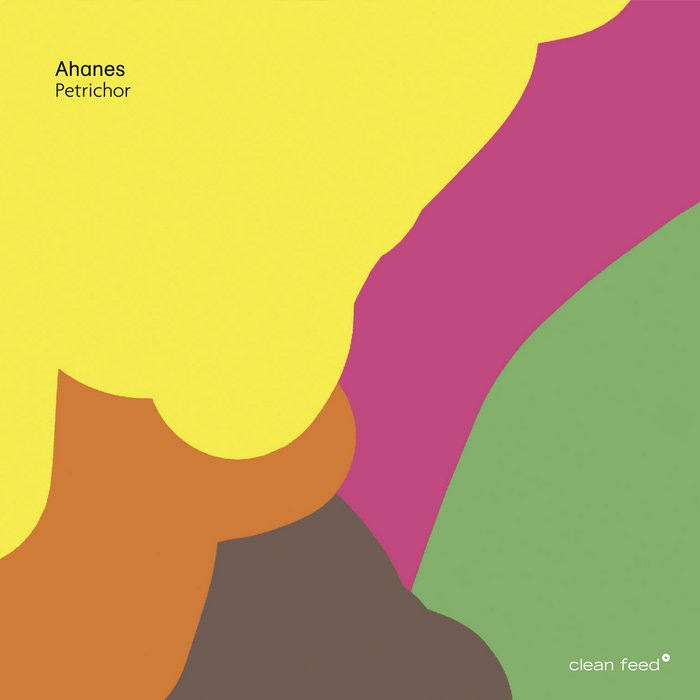 Ahanes gathered for the first time in Stockholm, in mid December 2021. Both coming from Greece and being invited to the wintery Stockholm by Zethson to play concerts, saxophonist Nicky Kokkoli were participating in a FRIM-initiated project with Maggie Nicols, while guitarist Giannis Arapis performed with Zethson’s 13-piece ensemble and VÖ during a Thanatosis festival.
Though living in the same city (Athens) they hadn’t played together before, which made the three of them even more excited to do something together. Together they decided to ask three Stockholm-based, amazing musicians: drummer Nils Agnas; bassist Torbjörn Zetterberg; and trombonist Mats Äleklint who were all keen to play with them.
The sextet met in a most unprestigious and open setting, trying out some songs, did some arrangements on the spot and then hit the record button. In the end, the album consists of two modal tunes by Coltrane and Mingus respectively, plus a composition, Piper, by Zethson and Sand – a completely free improvisation, collective real-time composing led by the close interpla.
Nicky Kokkoli was Born in 1996 in Athens, Greece. Active on the Greek Jazz and Free Improv scenes. Works on solo projects as well as in various music bands. She has collaborated with many artists around the world such as Maggie Nicols, Sharif Senhaoui, Martin Küchen, Bram De Looze, Giorgos Kontrafouris etc.
Swedish pianist/keyboardist and composer Alexander Zethson (born 1988) is a member of bands such as Angles, Goran Kajfeš Tropiques, VÖ and Yokada. He has performed with Fredrik Ljungkvist, Nils Berg, various Mats Gustafsson-constellations, and many more. He frequently performs solo, as well as with the likes of Sven Wunder and Mariam The Believer. Zethson is also a concert organiser and runs the label Thanatosis Produktion.
Giannis Arapis (1994) is a guitarist and an educator based in Athens, Greece. He performs, composes and improvises experimental rock and jazz music, and he is also teaching guitar as well. His main purpose is to help establish the electric guitar as a melodic voice in avant-garde music, thus showing how you can create chaos with melodic phrases. Some of his main influences are the first free jazz saxophonists like Albert Ayler, Eric Dolphy and Steve Lacy, as well as classical composers such as Bela Bartok and Shostakovich.
MATS ÄLEKLINT and TORBJÖRN ZETTERBERG are well-renowned players active on the international music scenes for decades. NILS AGNAS is born in 1996 and already an sought-after drummer in Stockholm and Sweden. He currently plays a lot with Max Agnas.